Sensor fusion is the future

Sensor fusion is the ultimate form of sensor integration. Moore’s law makes it possible to combine different types of sensors within a single sensor module at a chip level. Where sensor manufacturers focus on perfecting their sensor technologies, Sentech works independently on the integrated sensors of the future. Read why sensor fusion makes next-generation applications possible.

Business development manager Marco Leeggangers is enthusiastic about the latest sensor technologies: “Old and new technologies at a chip level are gaining popularity. Within the scope of new sensor technologies, sensor manufacturers focus on the further development of a single technology. There are numerous opportunities for integrating different sensors in a single compact sensor application.”

If you Google ‘sensor fusion’, it appears to relate to sensor data. The term is also equated with multisensory data fusion. In other words, combining data from different types of sensors in a single system.

Leeggangers thinks this is too narrow a definition. “It’s not just about data. Genuine sensor fusion involves combining sensor technologies in a single integrated sensor module or application,” he says. He believes this presents numerous advantages. What’s more, it brings new applications within reach because it facilitates ‘more difficult detections’. Read on to discover how fusion elevates autonomous movement to a higher level.

According to Leeggangers, Sentech regularly receives requests from start-ups and research centres to bring promising high-tech sensors to market: “We see lots of different types of sensors and promising sensor technologies. Sentech focuses on innovation in the field of sensor integration, not on the mass production of sensors.”

An ultrasonic sensor works with sounds that are inaudible to the human ear. This type of sensor is used in a wide range of detection applications. Examples here include personal detection, quality checks and medical purposes.

A major advantage of ultrasonic sensor technology is the simplicity of processing detection signals. This technology is also relatively cheap. However, sound detection also has limitations, for example the need for a controlled environment. The speed of sound is influenced by all kinds of factors.

Lidar and radar sensors measure according to the same principle: time of flight (TOF). The reflection of a transmitted signal is received and processed by a receiver. By measuring the time between transmission and reception, the position, size and speed of an object can be measured. Lidar works with light pulses (laser or infrared) and radar with radio waves.

Because both signals travel at the speed of light, detection is extremely fast. According to Leeggangers, sensor manufacturers are currently investing a great deal in the further development of these sensor technologies, especially to make it possible for vehicles to drive autonomously. Examples here include unmanned aerial vehicles (UAVs – commonly known as drones) and automated guided vehicles (AGVs).

The preferred method is the subject of continuous debate between users, manufacturers and independent experts. 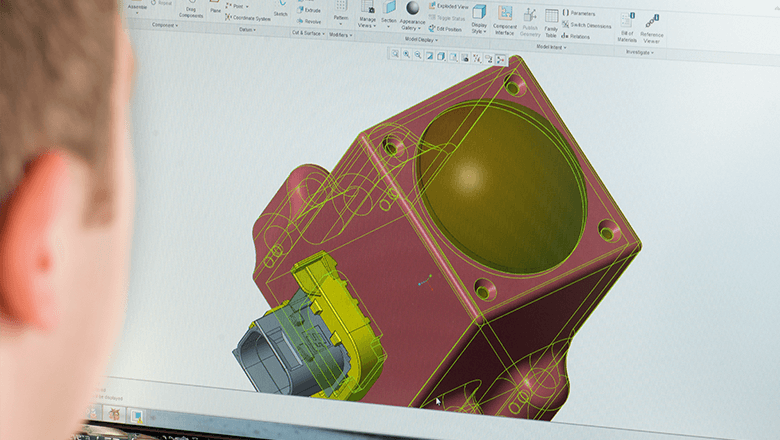 Utilising the benefits of lidar and radar

Scanning Lidar displays more limitations under extreme weather conditions (such as snow, fog and rain) than radar. But, on the other hand, radar is less able to accurately determine the size and shape of objects. What’s more, as the distances grow, the resolution becomes less accurate. Radar also requires more software filtering to filter out signal interference.

“At Sentech, we integrate Solid State Lidar technology. The latest generation is far smaller, and more robust and reliable due to the lack of moving parts. And radar has become considerably cheaper because it has been made possible at a chip level,” says Leeggangers.

The Netherlands leads the pack when it comes to AGVs and UAVs for agriculture and horticulture. Using drones, farmers can keep an eye on their land. Robots keep stables clean, milk cows, and feed the livestock.

Sentech uses sensor fusion as the ultimate means of integration to create next-generation applications. According to Leeggangers, there are no bad sensors: “However, because sensors are sometimes misused, users think they’re bad,” he says.

“We look at our customers’ applications, taking account of what they hope to achieve with them. Based on this, we select the best sensor technology for integration. This increasingly leads to the field of sensor fusion. Combining two sensor technologies generates new information. This information, in turn, makes our customers’ applications smarter and better,” explains the product developer.

Moore’s law also applies here. The number of transistors in an integrated circuit doubles every two years. And, according to Leeggangers, this offers opportunities for sensor fusion. Radar and lidar sensors with transmitters and receivers in a chip format are already available. 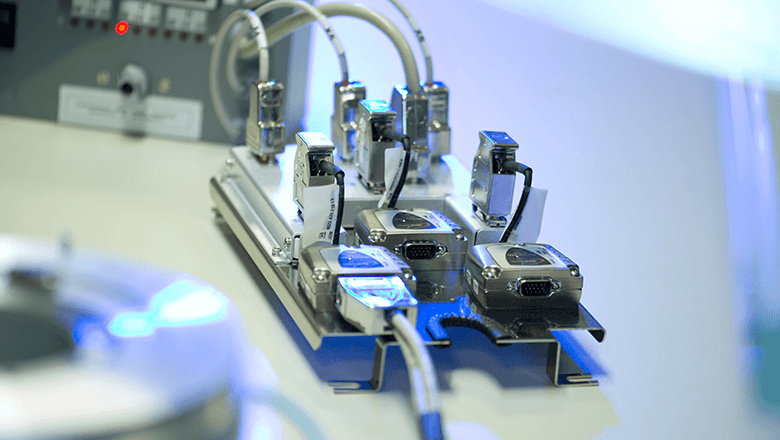 As a sensor integrator, Sentech operates independently of sensor manufacturers. “As yet, there isn’t a single comprehensive technology that can accurately detect everything. But by combining sensor technologies, we aim to make more complex detections possible,” says Leeggangers.

“In order to make it possible for a vehicle to move independently on the road or in a business environment, you must be able to detect and process all the variables in the environment. Our primary focus is now on agricultural engineering.”

While fully automated livestock management is still a long way off, many livestock farms already deploy feeding and fertilising robots that use sensors to determine their position. According to Leeggangers, the next step entails communication between fusion sensors in machines and vehicles, and for livestock, stable and meadow applications.

Sensor fusion therefore appears to be the ultimate in integration technology. This technology offers boundless opportunities if you face (multiple) detection limitations and sensor challenges in your business environment.

You could use it for all kinds of applications. 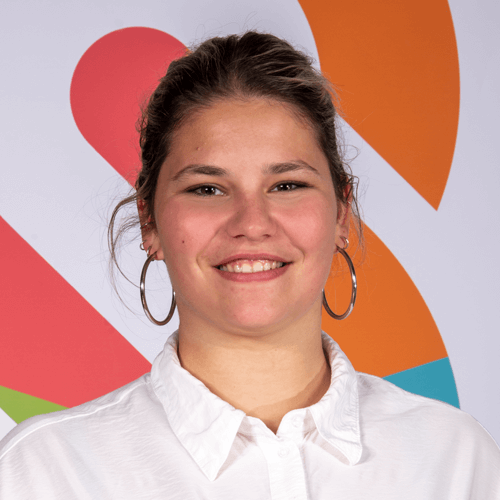 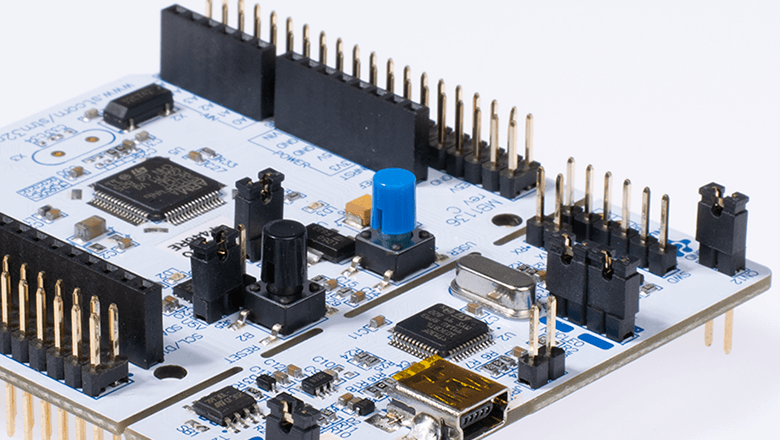 Improving the performance of ultrasonic and Doppler radar sensors

How do you combine sensor data from ultrasonic and Doppler radar sensors? Improve performance with sensor data fusion. Read how!
Lees verder 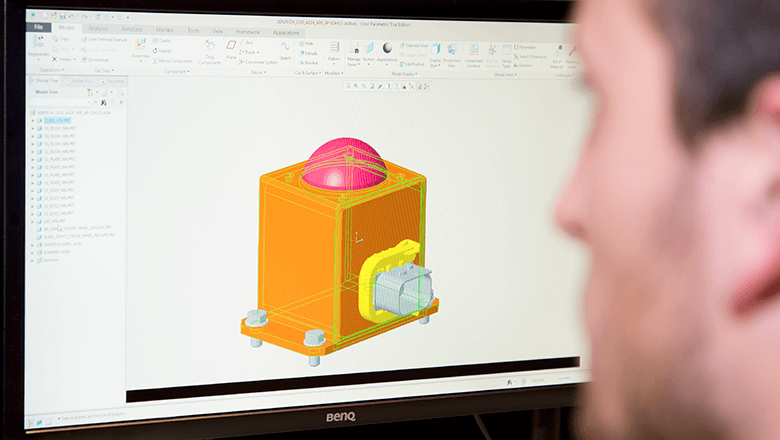 AgriFoodTech: how sensor fusion could serve to combat food scarcity

Which existing sensor fusion applications in agriculture & horticulture could combat food scarcity? You can read our view on this in this blog.
Lees verder